Is God In Control? 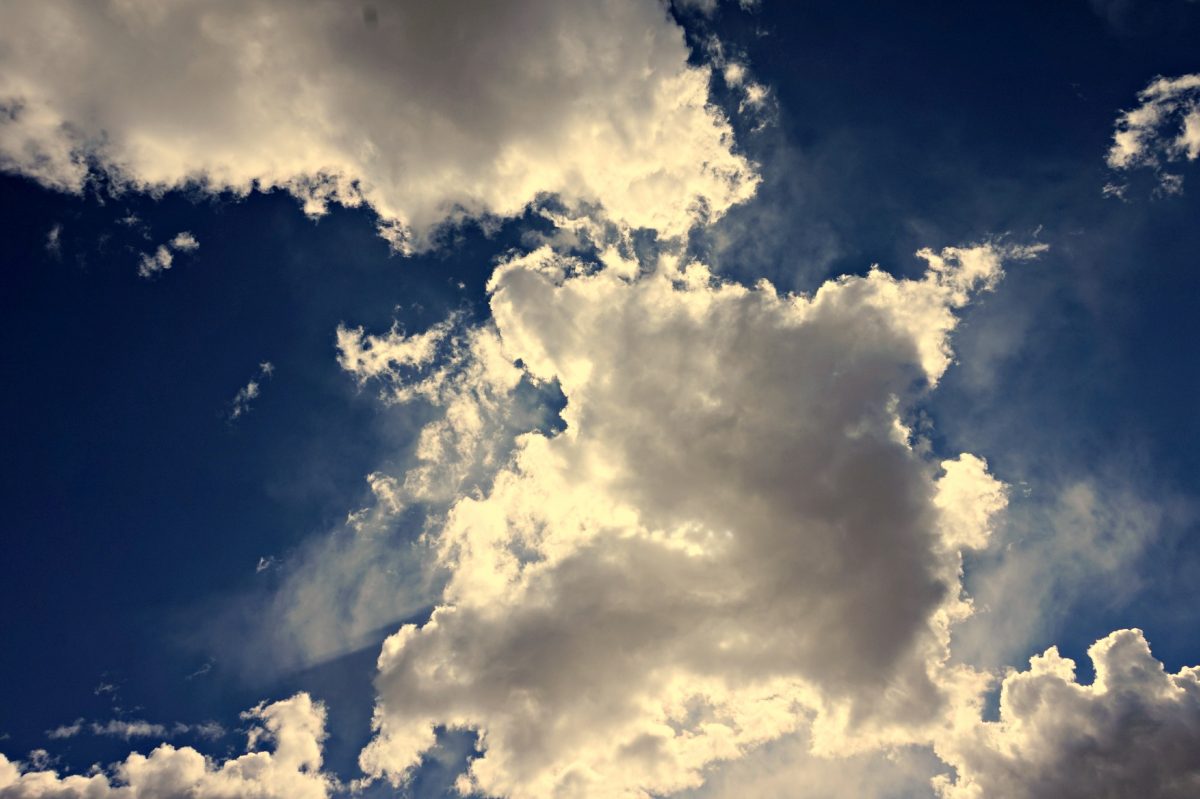 Recently I was listening to a catchy worship tune on the radio from the 90s by the Scott Underwood. A section of the song said:

My mind then began to wander back to another song from the 80s by fellow YWAMer Twila Paris called “God is in Control.”

Knowing that words have meaning and ideas have consequences, I then asked the question, “Is God in control?” Continuing to converse with myself while angling down Kamehameha Highway on O’ahu Island, I did a quick scan of over 35 years of personal Bible study. I concluded with great authority “Got me! I guess the answer is ‘Yes’ and ‘No’!”

A generation ago Bob Dylan wrote, “I was so much older then, I’m younger than that now.” Dylan’s lyrics speak of what happens as a natural tendency to know what we don’t know more clearly as we grow older. Conundrums such as how God’s sovereignty (control?) and our free will blend together is Exhibit A of the truth of Dylan’s words. I used to boast that I had this one “nailed.” Now that I’m so much younger I’m not so sure. Nineteenth Century English preacher Charles Spurgeon was once asked how he reconciled these seemingly opposite poles and make sense of not only the Bible, but this world as God made it. His answer: “You don’t need to reconcile friends.” He apparently saw no need to “nail” it.

Some have suggested that God is indeed in control of everything that happens. Not long ago one popular theologian wrote:

“[I]f God is not sovereign, God is not God. If there is even one maverick molecule in the universe—one molecule running loose outside the scope of God’s sovereign ordination—we cannot have the slightest confidence that any promise God has ever made about the future will come to pass.”

This is what we might call total control. God has penned an pre-written unalterable script. To use a biblical image, He is the potter, we are the clay and the clay has no “say-so” in its formation. He does with you and everyone else as He pleases because He’s God, you’re not, and that’s that!

Another view teaches that God is in reality partially out of control and that events cross His desk at the same speed that they cross ours. God actually responds to new information, in real time as events transpire, to our prayers and honors the significance of our free choices and has not completed the script of His plan as of yet. He is the Playwright and Director, we are actors and within the bounds of His non-total control he gives us the freedom to “ad-lib” and add to the script under His sovereign control. The metaphor is of an infinitely intelligent chess player responding to the free-will “moves” of nearly 7 billion people and X number of angels and demons, with God still getting His ultimate purpose accomplished. This, it is said, demonstrates His greatness better than having the film already in the can, so to speak. Another word picture is that of an ocean liner where God controls its destination but allows lots of freedom for the passengers on board.

I would like to suggest the truth is somewhere in between, but if you backed me into a corner I would say “It’s a mystery” (or, dare I say, “only God knows”).

What Do the Scriptures Say?

On the one hand, if God is in “total control” then how does prayer actually work? (Do we have any “say-so” and are our prayers actually “powerful and effective” (Jas. 5:16)? How is our walk with Him real if there is no give and take in the relationship? What about God’s emotions of grief, sorrow and joy (Gen. 6:6; Ezek. 9:6; Zeph. 3:17)? Does God actually respond to our prayers (Jer.33:3)? Or has not only the answer but the prayer itself been predestined by a God who lives outside of time in some sort of “eternal now?” What do we mean when we say God is “personal”? Does prayer really change things or just the person praying? How about spiritual warfare? Is it a fierce fight or a fraudulent fake? Is our will — as 16th Century Reformer Martin Luther of Germany suggested — simply a beast on which God or the devil rides? Did God cause the Japan tsunami? The genocide in Rwanda? The 2011 terrorist attacks in the U.S.? Lady Gaga?

On the other hand, if the future is not under His control then how does biblical prophecy work? How could God predict in such detail that a king named Josiah was to be born and offer certain sacrifices (1 Kings 13:1-3), that Cyrus would declare the rebuilding of the temple, naming him by name two hundred years before his birth (Isa. 44:28), or predict that Jesus was to be crucified before such a hideous torture was even invented (Ps 22: 16)? How did Jesus know that Peter was going to deny him exactly three times (Matt. 26). And what about Hezekiah, even though the text seems to indicate that God changed his mind about the timing of Hezekiah’s death in response to his prayer, how did God know that he was going to live exactly fifteen more years?! (2 Kings 20:1-20) .

Then on the third hand, what about where in the same text both God’s sovereignty and man’s free will are causal, such as the plans to crucify Jesus which was brought about by rulers who are said to conspire “against the Lord”? At the same time the event was what God “had decided beforehand by His power and will would happen” (Acts 4:2-28). How about Isaiah’s account in which God clearly announces that He is using the Assyrians as tools to bring judgment on His own people Israel but still holds the Assyrians responsible for their actions in the matter (Isa. 10:5-19)? Then there is the story of Joseph’s brothers selling him into slavery but his overall assessment of the situation was “you meant it to me for evil but God meant it to me for good” (Gen. 50:20). There is also the curious passage on Paul’s “thorn in the flesh” which in the same verse is described both to be a gift from God and a messenger of Satan (2 Cor. 12:7). And where does Satan’s will fit into the story (2 Tim 2:26)?

Got it “nailed” yet? Can you see it’s at least a tad bit mysterious? These issues and their interpretations have generated lots of heat and very little light in Christian history. Churches have split, new denominations have been born, miles of printed paper have been written and more than a few relationships have been broken over the controversy on this one issue alone. This is only Exhibit A. There are many others.

Consider two questions. First so what? What difference does it make to your daily walk with Jesus? I know some will protest from both sides of this issue, “But you are talking about the very Character of God!” The non-total control people could say “If God is in control then what about the Holocaust?” I reply that even if the future was not fixed or known by God, He still (with His present knowledge) could have placed a banana peel on the sidewalk outside Hitler’s bunker or at least stopped the killing at 1 million or so!

Others on the total control side may say, “I couldn’t trust a God who is not in control!” I would reply that you live your life every day the same way the non-total control folks do. You exist in sequential time in a dynamic relationship with a God who walks with you, answers your prayers, convicts you of sin, gives you grace to deal with the issues of life and helps you to reach this world with the simple love of this somewhat mysterious God. Moses told us years ago, “The secret things belong to the Lord our God, but the things that are revealed belong to us and to our children forever…” (Deut. 29:29). Does God dwell in or outside of time? Yes…and No! It’s a secret… a mystery!

Secondly, what has God called us to do? The apostle Peter knew a little bit about controversy and in his last letter challenged his readers to “make your calling and election sure” (2 Peter 1:10). Here is an important question: What is our calling? Has God called us to solve mysterious theological difficulties? Has He called us to leave our primary calling of reaching the lost and making disciples, only to be upended and distracted by concentrating on mysteries that the greatest theological minds in church history have not been able to figure out? Paul told the Corinthians, “I am afraid that just as Eve was deceived by the serpent’s cunning, your minds should be corrupted from the simplicity that is in Christ” (2Cor. 11:3).

Corrie Ten Boom spoke of the “KISS” posture toward our walk with God: Keep It Simple, Saint! Six centuries earlier, German priest Thomas à Kempis wrote, “What doth it avail thee to discourse profoundly of the Trinity, and art devoid of humility and thereby displeasing to the Trinity? … I had rather feel contrition than know the definition thereof.”

Am I suggesting that we bury our heads in the sand like the proverbial ostrich and pretend doctrine is not important? God forbid! What I am suggesting is that we need to concentrate on “the main and the plain.” Working in the midst of a culture loaded with “ mystery religions,” the mystery, according to Paul, one mystery that we must understand is “the mystery of Christ” (Eph. 3:4) which was “kept secret since the world began, but is now revealed” (Rom. 16:25-26). Paul resisted distractions to lesser issues, worked and prayed hard to “… make plain to everyone the administration of the mystery…” (Eph. 3:9) which included our hope of resurrection from the dead, “Listen, I tell you a mystery…” (1 Cor. 15:51) and the inclusion of all nations into His church, “This mystery is that through the gospel the Gentiles are heirs together with Israel …and sharers together in the promise in Christ Jesus” (Eph. 3:6).

So rather than going deeper into the questions of “nailing” our conception of God’s nature that are not clearly revealed let’s get out of the questions and into a blessed contentment with mystery and making known to all the nations the mystery of the gospel.