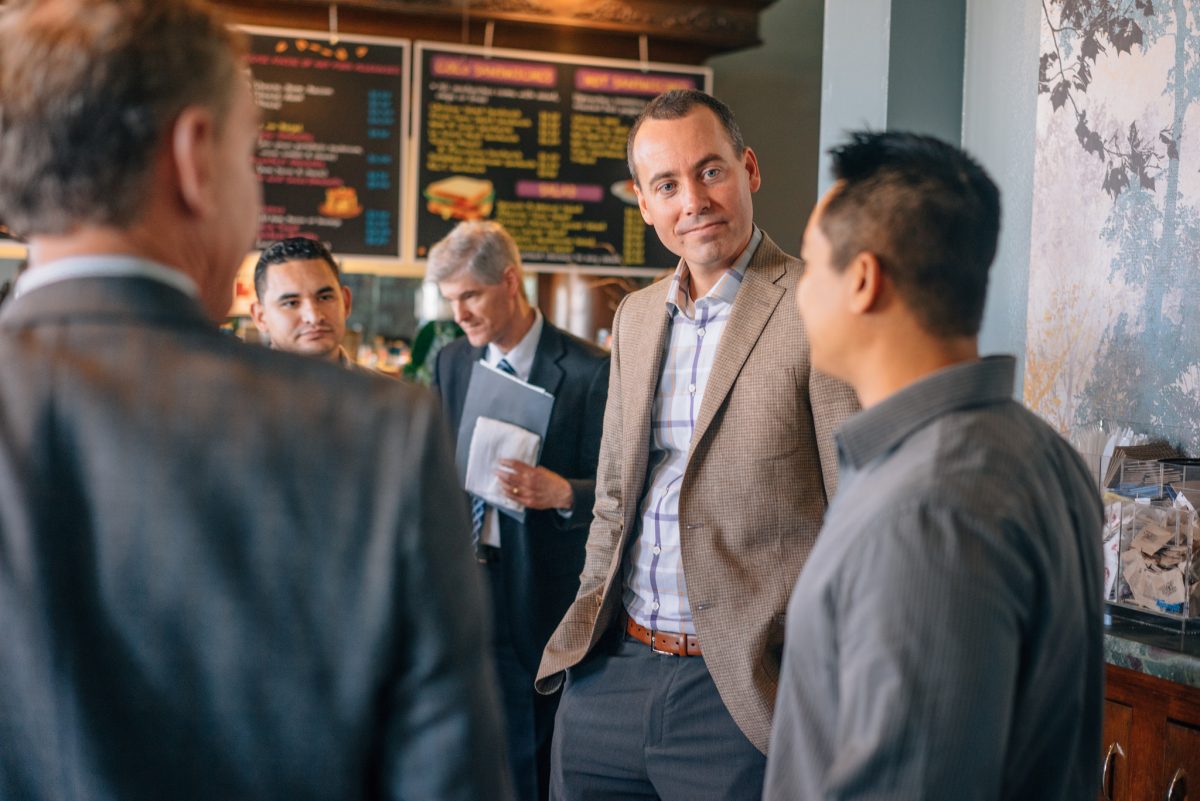 “So he reasoned in the synagogue with the Jews and the God fearing Greeks, as well as in the marketplace day by day with those who happened to be there” ( Acts 17:17).

Paul the apostle in his evangelistic endeavors seems to be on the one hand very strategic, intentional, and thoughtful with regards to where he preached the Gospel and planted churches. On the other hand in the above text — while he is simply waiting for his friends at Athens — he strolls around the city and does the “official” preaching in the synagogues but then goes to the marketplace and witnesses to those who “just” happened to be there. I love the “randomness” of this little phrase. It seems to indicate that there was no particular supernatural guidance involved other than that Paul went where the people were — in the cities where God sent him — to engage them in conversation about Jesus. It is amazing what God can do with random acts of evangelism.

Once I was on my way to church with a friend and there was a yet to be applied bumper sticker that said “Jesus loves you” that my friend had left on the dashboard of his car. Sitting for 15 seconds or so at a red light two young ladies pulled up alongside of us in their car. Instinctively I grabbed the sticker held it up to the window and let the girls know about God’s love for them. They looked rather quizzically at us and I simply rolled down the window and said “We’re going to church, follow us!” They proceeded to follow us to the church and both of them were soundly saved that night!

During an outing with a YWAM team years ago, I had instructed everyone to be back at the vehicles by midnight. At 12:15 I realized I was late for my own rendezvous with the students and I closed up the conversation I was in and was speed walking with my partner back to the vans. I had three tracts left over in my hand and three young men were coming out of a pub and I proceeded to rapid-fire “randomly” give them the three tracts. Two days later one of them showed up at the church (which I had addressed on the back of the tract) and gave his life to Christ.

I once received a call from someone who told me that I had picked them up hitchhiking in California in 1981. I had given him a Gospel tract, a 15-minute witness and dropped him out of the car. He went home, read the tract, gave his life to Christ and then 25 years later he tracked me down to let me know that my labor was not in vain. I didn’t even remember the incident.

Evangelist Greg Laurie from Riverside, Calif., was shopping at a local mall with his wife one afternoon. Greg needed to answer a “call of nature” and proceeded to “randomly” pick a restroom stall to do his business. No sooner had he sat down and the person in the stall next to him (separated by a partition) asked him if he had set up a previously arranged drug deal. Greg, taken aback by his new acquaintance’s case of mistaken identity, said he wasn’t interested in buying drugs. The young man then recognized Greg’s voice (from radio and TV in Southern California) and said “Are you Greg Laurie?” After they had both exited their respective stalls Greg led him to Christ!

As Paul talked about using “all means possible” to win people to Christ I would encourage you to take advantage of these random opportunities we have to tell people about Jesus wherever they “just happen” to be.